Niko Gießelmann from the Bundesliga soccer team 1. FC Union Berlin is looking forward to the test of strength with local rivals Hertha BSC. “We are well prepared and want to win the game in front of our own audience,” said the 30-year-old before the game between the two capital city clubs on November 20 in the stadium at the Alte Försterei.

Born in Hanover, he was able to enjoy a derby atmosphere during his stints at SpVgg Greuther Fürth and Fortuna Düsseldorf. «A derby is always something special. That was the case in Fürth and Düsseldorf, and it is the same in Berlin. ” Gießelmann has proven scoring qualities in his eleven league games so far this season with three goals and two assists, and against Hertha he would be happy about further scorer points, even if that is secondary for him. «I would be happy if we win the game because I will forego goals and assists. I would always exchange goals for victory. ”

With a win, Union could even take a Champions League place, which they missed on Sunday due to the late equalization at 2-2 in Cologne. For Gießelmann, the European premier class is not an issue despite the good season so far: “I didn’t think about the Champions League. It is of course a dream and will probably always be a dream. We have to see where we come from. Our goal is to have a good season and play the Bundesliga next season. ” 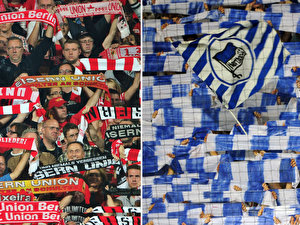