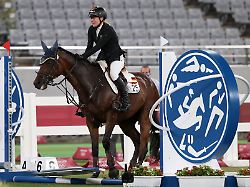 Pentathlon scandal is getting really dirty

Riding is removed from the modern pentathlon. What many critics like, apparently comes across to numerous athletes thoroughly. After the announcement of the world association there is a campaign against its leadership. 650 signatories put pressure on, but the president speaks of a “big fake”.

President Klaus Schormann from the World Association of Modern Pentathletes vehemently defends himself against requests for resignation from the circle of former and current athletes. Schormann described the letter with more than 650 signatures, from which the portal quoted “insidethegames” and demanding the removal of the entire UIPM leadership, as a “big fake”. The names of the signatories are mostly made up.

The matter that follows the UIPM’s decision to remove the controversial riding from the pentathlon has been turned over to the association’s legal department, Schormann said. The long-time sports official recognizes “a handful of athletes” who are critical of the association’s management. However, the vast majority of these are not license holders, i.e. not athletes who are eligible to participate in the Olympic Games: “I understand them, but we do not allow ourselves to be influenced by fakes.”

“No questioning of the athletes”

Kate Allenby, who finished third in the Sydney Olympics in 2000, had given the critics a public voice. “There was no questioning of the athletes,” said the Briton on Deutschlandfunk. The signatories of the letter no longer have any confidence in the current management of the association. Allenby defended show jumping as a discipline, but called for reforms. The modern pentathlon should be based on the world equestrian federation.

“If a horse falls in competition there, it will be taken out. We don’t have that rule in modern pentathlon,” said Allenby. The discipline must be upgraded. “Why don’t we change the rules so that it really matters that you are a good rider?” She asked.

The decision of the world association is the consequence of a scandal at the summer games in Tokyo. The German athlete Annika Schleu, lying on the gold course, tearfully tried to bring the horse she had been awarded back to the course with a whip and spurs. National coach Kim Raisner encouraged her to do so with a controversial shout (“Hit it, hit it right!”).

An innovation commission is to determine which sport replaces riding. Originally, cycling was considered a favorite, but Schormann is not an alternative. “It mustn’t be anything with physical strain, because we already have swimming and combined,” said Schormann. The change will only come into effect after the 2024 Olympics. Tennis: Teams from Spain and Poland with a second victory at the ATP Cup Premier League World

In the middle of the links of Barcelona, ​​Patiño aims for the arc of Arsenal vs Wimbledon Premier League World