🗣️ Brendan Rodgers on Wilfred Ndidi: “Obviously I couldn’t play [on Thurs] but he had a little problem early in the game from Burnley, making it a big question for the weekend. It felt a little on the hamstring. “#FFScout #FPL #LCFC pic.twitter.com/bMGlTnDkeI

The Foxes crashed a 1-0 loss to Legia Warszawa last night in their Europa League Group C competition that sees Leicester propping up the group, and Rodgers confirmed that Ndidi, who missed the loss due to suspension, is a great doubt for the weekend;

“Obviously he couldn’t play tonight, but he had a little problem early in the Burnley game, so it’s a big question for the weekend. It felt a little on the hamstring. “

Despite the likelihood of the Nigerian international missing the trip to London, Rodgers hinted at the difficulties involved in replacing someone as key as former KRC standout Genk;

“It is impossible to find what we have. We have good players, but specifically the work that he does by dividing the game and only his general defense and in the area, is irreplaceable for us.

We have other good players, we just have to find a different way. That’s also part of the point, as I said earlier in the season, of bringing Soumare to the team, because he gives us that physicality. But Wilf is a really unique and fabulous player. “

Is Ndidi’s absence due to historic mismanagement by Rodgers?

While injuries are certain to occur in every club during each season in professional football, it has been suggested that Leicester manager Brendan Rodgers is the root cause of what continually afflicts Foxes players.

This also happened with Barnes, Evans, Castagne and Ricardo to name a few, they all played while injured / came back too early, leading to more time out, joke🤡 pic.twitter.com/0twTUQKcb5

Last season was a particularly difficult season with injuries for Leicester, especially when the Foxes missed Harvey Barnes and James Maddison for much of the second half of the season. Other key players like Jonny Evans, Ricardo Pereira and Timothy Castagne also lost considerable time, but some feel that Rodgers used key assets unnecessarily before they were ready for a full performance.

LEICESTER, ENGLAND – FEBRUARY 28: Harvey Barnes of Leicester City receives treatment before being brought down on a stretcher during the Premier League match between Leicester City and Arsenal at King Power Stadium on February 28, 2021 in Leicester, UK. Sports stadiums across the UK remain under strict restrictions due to the coronavirus pandemic, as government social distancing laws prohibit fans within venues, causing games to be played behind closed doors. (Photo by Plumb Images / Leicester City FC via Getty Images)

There remains a distinct lack of real depth at King Power Stadium at certain positions, and perhaps Rodgers has felt in the past that Leicester only has a chance to reach the top four if their best and brightest game is as many games as possible. But the rigors of the Premier League schedule will always cause coaches pain and unless Rodgers strikes a better balance, especially during one more season in Europe, the Foxes may suffer once again. 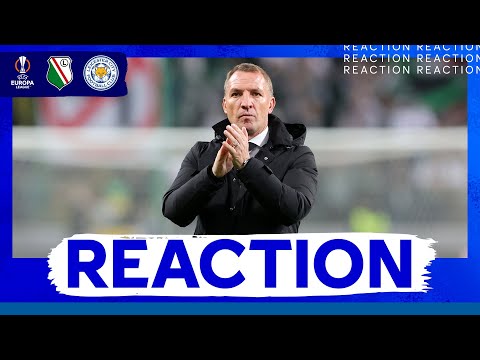 Brendan Rodgers speaks after the Foxes’ defeat in the Europa League in Poland. 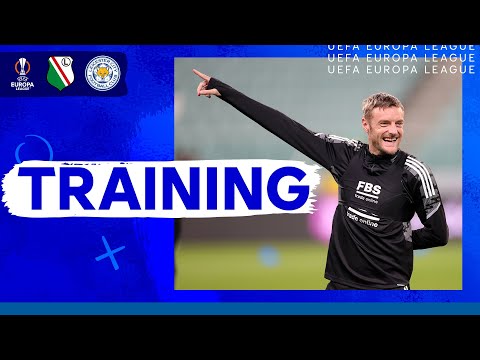