Key Everton leader and Brazilian international Richarlison has been unable to guarantee his future at Goodison Park.

As reported by SkySportsThe former Fluminense and Watford striker admitted that there is no certainty about his future at the club, saying that “I don’t know what the future holds. If one day I have to leave, it must be good for me, but also for the club ”.

Richarlison says he’s unsure of his future at Everton …

With the most prominent interest coming from Paris Saint-Germain this summer amid uncertainty over whether or not Kylian Mbappé would go to Real Madrid, it would be difficult to argue with the Brazilian who will move out of the blue half of Merseyside if the bigger clubs officially come call.

Despite the interest, the Nova Venécia native did say that he will fight for the jersey no matter what happens along the way;

“I am always very careful when I talk about it. I have a lot of affection for the people of Everton and the club, who received me so well from the first day I arrived.

I don’t know what the future holds. If one day I have to go, it must be good for me, but also for the club.

But if I stay, I will continue giving my life for this shirt and for the fans, who have always supported me and were with me at all times.

I have enormous gratitude and feel at home when I am at Finch Farm training ground or Goodison Park stadium. “

Does the data support the interest?

Richarlison came to life quite well along the River Mersey after his arrival from Watford in the summer of 2018, scoring 13 goals in consecutive seasons to start his time at Goodison Park with a very solid comeback.

But 2020-21 was a more frustrating moment when it came to data, as the Brazilian found the back of the net only seven times in 34 Premier League appearances while adding 3 assists.

BURNLEY, ENGLAND – DECEMBER 05: Dominic Calvert-Lewin of Everton celebrates with his teammate Richarlison after scoring his team’s first goal during the Premier League match between Burnley and Everton at Turf Moor on December 05, 2020 in Burnley, England. The match will be played without fans, behind closed doors as a Covid-19 precautionary measure. (Photo by Clive Brunskill / Getty Images)

With a contribution of just 0.29 goals + assists per game, it’s hard to see the numbers and why clubs like Barcelona and PSG have linked in the past.

Through four appearances in the current season, Richarlison found the back of the net once and added an assist to his personal score. Those numbers are behind summer signings Demarai Gray (3 goals and 1 assist) and Andros Townsend (2 goals and 2 assists), as well as talisman of center forward Dominic Calvert-Lewin (3 goals).

If another great offer is presented to Everton in the near future, there is scope to suggest that the club’s top brass could very well sanction its sale if it meant the club could make progress on its current project. 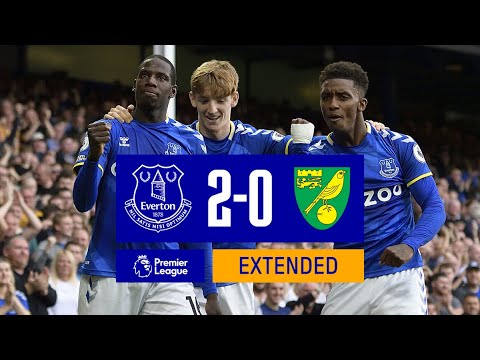 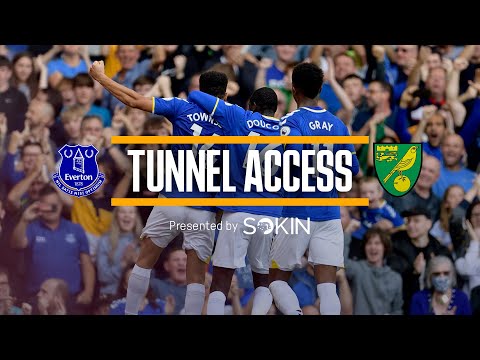 BEHIND THE SCENES FOR ANOTHER GOODISON PROFIT! | TUNNEL ACCESS: EVERTON V NORWICH | PRESENTED BY SOKIN

Another home game, another Everton victory. The Blues did a light job of …