Manchester City manager Pep Guardiola caused quite a stir online on Friday, after refusing to back down on his calls to improve fan attendance at club matches.

Guardiola and company welcomed the Bundesliga team, RB Leipzig, in Manchester, for the first match of the group stage of the Champions League of the respective clubs.

And when all was said and done at the Etihad, it was the hosts who emerged from the right side of a 9-goal thriller, to launch their European campaign in style.

However, the drama on the field on Wednesday soon spread to post-game press sessions.

Speaking about the end of the action, Pep Guardiola urged increased fan attendance at City’s meeting with Southampton this weekend, after just 38,062 spectators attended the Etihad two nights ago.

MANCHESTER, ENGLAND – JUNE 22: Manchester City manager Pep Guardiola gives instructions to his team during a break during the Premier League match between Manchester City and Burnley FC at the Etihad Stadium on June 22, 2020 in Manchester, England. Soccer stadiums in Europe remain empty due to the coronavirus pandemic, as government social distancing laws prohibit fans inside Venus, causing all matches to be played behind closed doors. (Photo by Michael Regan / Getty Images)

Such comments, in turn, evidently irritated the official Citizens’ club, as Kevin Parker, the organization’s general secretary, had no qualms about targeting the club’s boss on Thursday. insisting that:

“He doesn’t understand the difficulties some people may have getting to a match at the Etihad on a Wednesday night at 8pm.”

“He is absolutely the best coach in the world but, in the best way possible, I think maybe he should stick with that.”

‘Put words in my mouth’

However, as noted above, this afternoon Guardiola has chosen to return fire.

Speaking at his pre-Southampton press conference, the City boss was inevitably drawn in by Parker’s thinly veiled taunt of ‘sticking in’ to training, and responded by saying he has no intention of apologizing to Sky Blues fans. , or Parker himself:

I’ve always said it guys, if you want to join us, I’ll be incredibly happy, because I know how difficult it will be. I’d rather be with my people than without my people. But if they don’t come for some reason, it’s perfect. ‘

‘I never say’ Why didn’t you come? ‘. Mr. Parker should review the comments I made the next day, but I will not apologize.

NEWCASTLE UPON TYNE, ENGLAND – NOVEMBER 30: Pep Guardiola, Manager of Manchester City looks on prior to the Premier League match between Newcastle United and Manchester City at St. James Park on November 30, 2019 in Newcastle upon Tyne, UK. (Photo by Ian MacNicol / Getty Images)

In a comment that will undoubtedly be quite worrying for City fans, Guardiola has also confirmed that, should a real problem arise between him and the club’s fans, the Spaniard will not hesitate to ‘step aside’:

I know the history. I learned the history of this club, what it means to travel and follow this team. I don’t want to be like United, Liverpool, Barcelona, ​​Bayern Munich, Madrid, like all the big clubs, we are who we are ”.

‘I like it. Misunderstand and put some words in my mouth that I didn’t say, I don’t like it. I will never have a problem with my fans. If I have a problem, I will step aside, I am one of them. From day one I have tried to do my best ”.

“If I have a problem with my fans, I might just step aside.” 😳 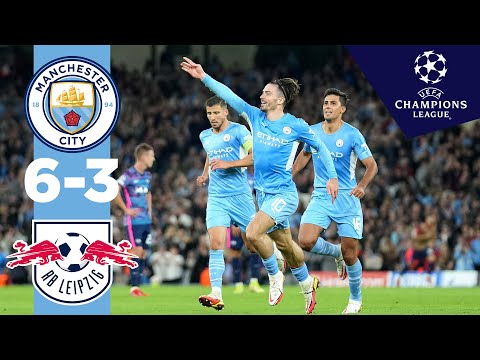