Aaron Ramsdale joined Arsenal in a Sheffield United deal over the summer, which brought the Gunners back around 25 million pounds.

Now, at Arsenal’s home match with Norwich, Ramsdale made his Premier League debut for Mikel Arteta’s side. Although he had little to do, he came out with a clean sheet, second after his clean sheet against West Brom in the Carabao Cup.

After his first game, Ramsdale Opened on the result, and his opinion on how Arsenal started:

“It has been a difficult start to the season and we knew we had to put in a performance, but mainly to get the three points,” he added.

“We did that, all to one man. The blocks, the people tracking … so it was a great day, especially for the fans.

“We have played against two promoted teams and possibly the two best teams in the league.

“Of course, we would have wanted more points, but now we have three, a clean sheet and a first goal and now we can take advantage of that.

“We have been working very hard in training camp and that has been shown this week.”

Ramsdale is now Arsenal’s number one?

Ramsdale was also asked if he felt he was Arsenal’s new number one, but declined to confirm in any way, saying:

“I don’t know what the manager is going to do”

“This could have been just a tactical adjustment, so it is my responsibility to force him to continue choosing me, which is something I have to do on a daily basis.

“Bernd and I will be very competitive in a good way, healthy and I hope to continue in the team.

“You have to be prepared to play as a goalkeeper. You don’t know when something is going to happen. I am ready every week.

Mikel Arteta also refused to be carried away by the subject, saying after the game that:

We have two fantastic goalkeepers and we never forget what Bernd has done for us and what a great goalkeeper he is. I had to make decisions and I felt that Aaron was the one to do it and as in any other position, and that is what we decided today.

Will Ramsdale be Arsenal’s best man for the rest of the season?

How Kieran Tierney reacted to Tomiyasu’s debut at Arsenal 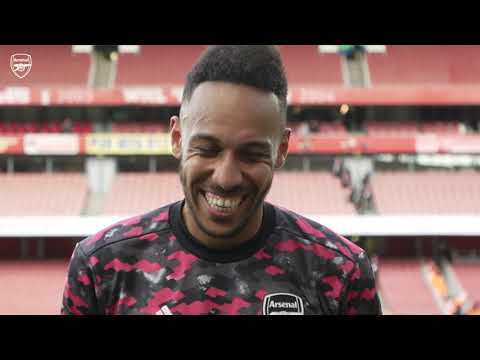