Nuno Mendes is one of the most exciting defensive prospects of his generation. At just 19 years old, he has already racked up 47 appearances with the Portuguese team Sporting de Lisboa, the same youth system that produced Cristiano Ronaldo, Nani and other household names.

As such, he sparked some frenzy when the Portuguese team put him on the market on the deadline day, leaving Manchester United, Manchester City and Paris-Saint-Germain all going head-to-head for his services.

Sporting is open to sell Nuno Mendes in the next few hours. His agent Miguel Pinho has been in contact with Paris Saint-Germain and Manchester City in the last few minutes. #PSG #MCFC

However, it was the Parisians who closed a deal for him in the closing hours of the window, agreeing a loan with an option to buy next summer for a fee of 40 million euros.

Now, according to the trusty Fabrizio Romano, it has emerged that Manchester City had already asked about the defender earlier in the summer and were very interested.

However, it appears that they were only willing to strike a deal worth around € 20 million (a fee lower than half of their current € 42 million). transfermarkt value)

Nuno Mendes begins his new chapter today as a PSG player. The 40 million euro purchase option is not mandatory. #PSG

Manchester United were only interested in Nuno for the future, happy with Shaw & Telles this summer. pic.twitter.com/enwKaBHQ6D

Manchester United, meanwhile, was only looking for a longer-term investment and therefore did not seek a deal.

Could Manchester City ever regret missing the much touted teenager?

Chelsea relies on song as Germany beat Iceland by four 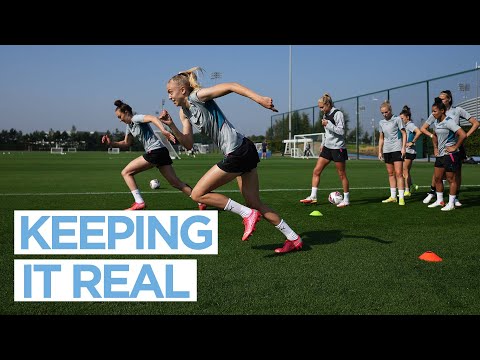