Yves Bissouma has so far added 99 appearances in all competitions for Brighton from Graham Potter.

The 24-year-old is confident with the ball at his feet and is more than capable of lifting it from deep to face players or picking the right pass for a teammate. Bissouma is also a progressive passer who generally avoids the side option.

And, at the other end of the field, the pace of work and the stamina of the midfielder allow him to come back and help the defense.

As part of Brighton’s current system, Bissouma is generally portrayed as the more defensive-minded central midfield option, alongside players like Adam Lallana or Pascal Gross, and has long excelled in his role.

However, their long impressive form for a fairly average team has inevitably started to pique the interest of top clubs.

Reports this year have suggested that all of Liverpool, Manchester City and Arsenal have been keeping a close eye on the Malian.

Bissouma, of course, would stay put this summer. But now it is suggested that the Brighton star will be the subject of transfer interest in January.

According to the Mirror citing the meter:

“Bissouma is expected to be at the center of a three-way battle between United, Liverpool and Arsenal in January.”

Bissouma is said to be priced at around £ 40 million. And while that’s a bit pricey in a post-covid market, it still seems like a big deal for both Man United and Arsenal.

United desperately need a suitable defensive midfielder to round out their squad, while Arsenal clearly need to improve on Granit Xhaka and Mohamed Elneny. 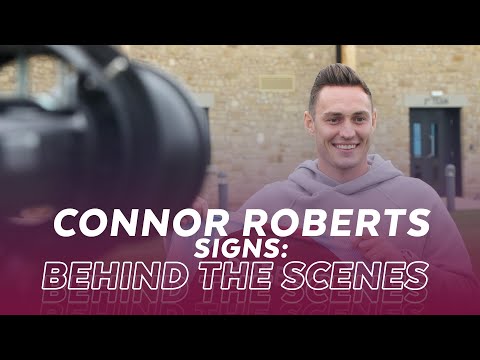 SIGNS FROM CONNOR ROBERTS | Behind the scenes

Behind the scenes as Connor Roberts signs for the Clarets. Subscribe to the Clarets’ …