In this article we bring you all the news on transfers from Manchester City today. Be sure to come back to the site for more daily transfer updates for the rest of this month.

Harry Kane has undoubtedly been Manchester City’s No. 1 target all summer as they look to recruit a forward, but the latest news has suggested the deal is still a long way off, even with a € 150 million offer on the table.

Manchester City’s offer for Harry Kane has been in effect since last week, no news yet. The 150 million euro proposal is ready from Manchester City, but Tottenham remains in the same position. 🏴󠁧󠁢󠁥󠁮󠁧󠁿 #MCFC

Kane has been training regularly with the Spurs since last Friday, and will be respectful in the days to come. #THFC

As a result, the Citizens have reportedly been weighing other options, with one of what is believed to be the man the Spurs were poised to replace Kane with, Fiorentina’s Dusan Vlahovic.

According to @SaraMeini, Dušan Vlahović is now ‘getting closer’ #City man with the player ‘ready to say goodbye’ to Fiorentina. The ‘next hours’ are ‘decisive’, with the Serbian striker already in conversation with @City man. 🤔🇷🇸

According to Italian journalist Sara Meini, the Serbian striker is in talks with Pep Guardiola’s team and could well offer an economic answer to his Harry Kane riddle.

No suitors for Bernardo Silva

Meanwhile, no suitor has yet been released by Manchester City’s Bernardo Silva.

Arsenal were thought to be interested in the midfielder, but reportedly turned down the offer while looking to leave England.

Bernardo Silva has been linked to a movement to #AFC Recently https://t.co/P5ZaNuDnBl

Of the rest of the clubs, only Atlético de Madrid has shown an interest in the Portuguese player, but it remains to be seen if they can get the desired amount, thought about 50 million pounds.

Finally, a report in Sun suggests that Ruben Dias is starting negotiations on a new contract in Manchester.

Dias has impressed since joining the club from Benfica last summer, collecting the player of the year award in his first season and leading Manchester City to another title. He and John Stones formed a formidable defensive partnership, and with the Stones having signed a new deal, it looks like Dias is in line to be next.

According to the report, Manchester City will offer him a new deal with improved terms from his current offer of 90k per week, and will also look to extend the contract for one more year, keeping him at the Etihad until the end of 2026-27. season.

Based on last season, it feels well deserved. 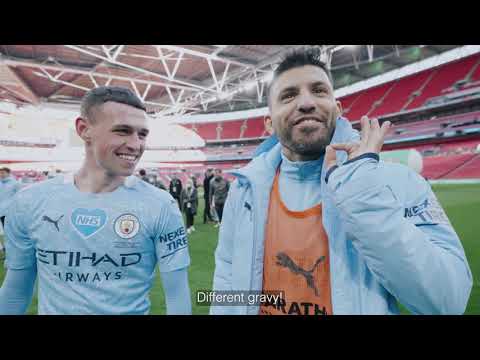 Ready for 6pm? – TOGETHER | FULL MOVIE | Closer than ever to Man City!