In this article, we bring you all the Manchester United transfer news today. Be sure to check back for more daily updates on transfers during the summer.

Manchester United will complete their second major signing of the summer, with Raphael Varane following Jadon Sancho through the gates of Old Trafford. The Frenchman has been under quarantine in England ahead of an official announcement.

Raphaël Varane has successfully completed the second part of his medical examination and is now finally signing his contract until June 2025. [plus option until 2026] as a new Manchester United player. 🔴 #MUFC

According to transfer journalist Fabrizio Romano, Varane has successfully completed the second part of his Manchester United medical exam and has signed his contract in Manchester, keeping him at the club until June 2025, with an optional additional year.

All that’s left is for Varane to lift the famous red shirt.

Ole hints that the business is not done

Meanwhile, Ole Gunnar Solskjaer has suggested that the club may not be finished in the transfer window yet. The northwest side has been linked to a move by Kieran Trippier, as well as the central midfielder, though both rumors have cooled in recent weeks.

However, speaking to Football Daily, the Red Devils boss, when asked about the rest of the window, replied cryptically:

“Anything can happen, we have to be prepared”

🗣 “Anything can happen, we have to be prepared.”

Could there be more revenue at Old Trafford this summer?

The red devils dealt the blow to Haaland

According to him Daily expressManchester United have taken a severe blow in their quest to sign Borussia Dortmund striker Erling Haaland next summer. The Norwegian will almost certainly leave the Signal Iduna park at the end of the season, with a release clause embedded in his contract to be activated at that time.

He will certainly not have endless suitors either, although Chelsea may be ruled out of the race with the signing of Romelu Lukaku, and Barcelona may not be able to compete financially for the young star.

DORTMUND, GERMANY – SEPTEMBER 19: Erling Haaland of Borussia Dortmund shows his appreciation to the fans after the Bundesliga match between Borussia Dortmund and Borussia Moenchengladbach at Signal Iduna Park on September 19, 2020 in Dortmund, Germany. Fans are ready to return to the Bundesliga stadiums in Germany despite the ongoing coronavirus pandemic. It is allowed to fill up to 20% of the capacity of the stadium. Final decisions are left to the local health authorities and are subject to the club’s hygiene concepts and infection figures in the respective region. (Photo by Dean Mouhtaropoulos / Getty Images)

However, if the Express is to be believed, Haaland is targeting Barcelona’s rivals Real Madrid, and the report claims that Haaland has said The whites he wants to join the club next summer, in what would be a severe blow to Manchester United.

The Red Devils will certainly need a forward next season, as Edinson Cavani’s contract is about to expire. However, it may not be Haaland.

PSG ready to announce Neymar contract, ‘No agreement’ made with Kylian Mbappé 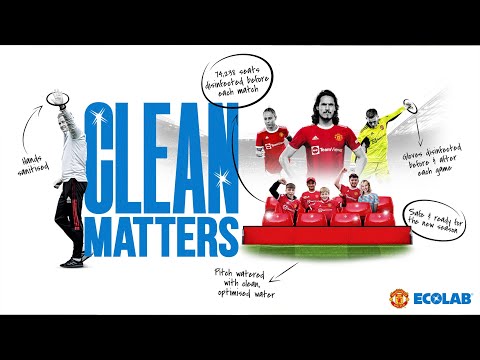 We pride ourselves on working closely with hygiene experts, @Ecolab, to offer … 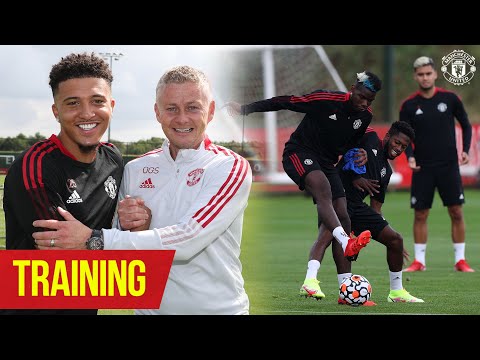