Right-back Dumfries’ name was, of course, the center of attention earlier this summer.

This came amid the excellent efforts of the 25-year-old on the international stage.

Dumfries took his place as the Netherlands’ starting right-back at Euro 2020, and he quickly displayed the kind of skill that regular Eredivisie viewers have long known he possessed.

The PSV man lit up the Oranje’s right flank, scoring goals against Ukraine and Austria, amid a stretch of enormously impressive four displays en route to the round of 16 of the competition.

A simple touch for Denzel Dumfries. Two goals in as many games for the marauding side and the Netherlands in command #NED 2-0 #AUT #NEDAUT # Euro2020 #RTESoccer

That form, in turn, was always likely to result in a somewhat difficult situation for PSV to navigate.

With quality right-backs at a higher level across the continent, it came as no surprise when a host of clubs: mainly Premier League team Everton set out to launch an assault for Dumfries, in the aftermath of Euro 2020 in the Netherlands coming to a close.

And, as described above, on Thursday one of those clubs appears to have found the gold.

However, unfortunately for those of Everton’s persuasion, it is not Goodison Park where the talented full-back appears ready to take up his trade next term.

Instead, Dumfries seems poised to link up with Inter Milan.

As revealed by the transfer journalist Fabrizio Romano, the 25-year-old has arrived in Milan to complete his signing for the Nerazzurri for a fee of 12.5 million euros plus accessories.

Dumfries will act as direct replacement for Achraf Hakimi at San Siro, after the Moroccan left for Paris Saint-Germain earlier this summer.

Here is the video of @marifcinter:pic.twitter.com/AAPCxK39nm

Everton kick off the 2021/22 Premier League season on Saturday, at home to Southampton.… 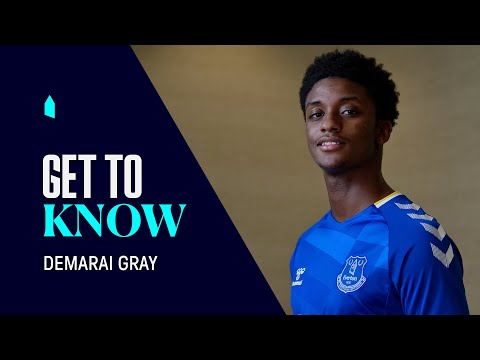 Everything you need to know and more about Demarai Gray! Subscribe to Everton Football …