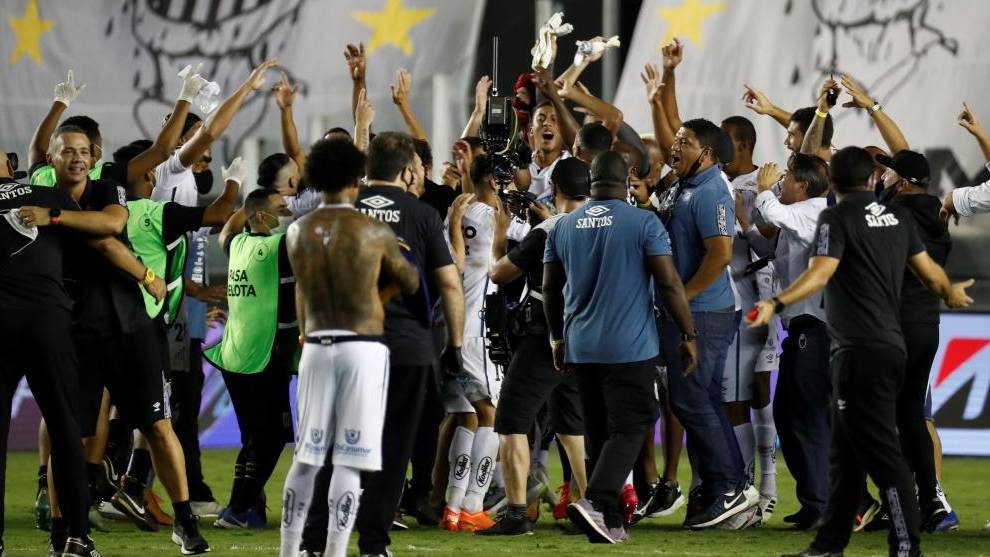 Santos thrashes Boca and there will be a Brazilian final

Liberators cup If they measure Palmeiras

El Santos Gole this Wednesday 3-0 at Boca Juniors in the second leg of the Copa Libertadores semifinals and advanced to the final to be played on January 30 in Rio de Janeiro with another Brazilian, Palmeiras, which one day before eliminated River Plate.

Diego Pituca, Venezuelan Yferson Soteldo and Lucas Braga sentenced the victory. The Saints reaches his fifth final of the tournament that he conquered in 1962, 1963 and 2011.

Already in the first play of the game, in minute one, Santos gave its initial stab with a shot from the gunner Marine that crashed into the vertical portico defended by Esteban Andraday the same attacker returned to disturb three minutes later.

Diego Pituca, in a combination with Soteldo, took advantage of an advantage granted by the Colombian referee after fifteen minutes Wilmar Roldn after a hand in the area of ​​the visiting defender Lisandro Lpez.

Still with the advantage, Santos did not slow down and Soteldo, Kaio Jorge, Lucas Verssimo and Par sought to increase the score for the homeowners, but the visitors, more with grit than technique, also came out for the draw and with the experienced Carlos Tvez, Franco Soldanhey the colombian Sebastin Villa.

Before the end of the first half, after a favorable lapse for Boca, Santos had a few more opportunities to increase with Marinho, Kaio Jorge, Lucas Braga and, again, Soteldo.

For the second half, visiting coach Miguel ngel Russo moved some chips, but those led by Cuca came out with everything, first with the incisive Marinho and then, at minute 48, with Soteldo, who recovered the ball and with an impeccable definition put the 2 -0 partial.

When Boca barely shakes from the second goal against, Santos scored the third at fifty minutes with Lucas Braga, after a previous move by Marinho, the Brazilian League scorer.

With 3-0, but with enough time for a feat, Boca tried to discount, almost always in plays with the tireless participation of Tvez and Villa.

However, the clearest opportunity in the second half, after goals, was for Marinho in the 73rd minute. The newcomer Madson and Kaio Jorge, before the end, were also about to score the fourth.

referee: The Colombian Wilmar Roldn. He sent off Fabra with a direct red (m.56) and admonished Salvio, Izquierdoz and Diego Pituca.

Incidents: Second leg of the Copa Libertadores semifinals played at the Vila Belmiro stadium in Santos.