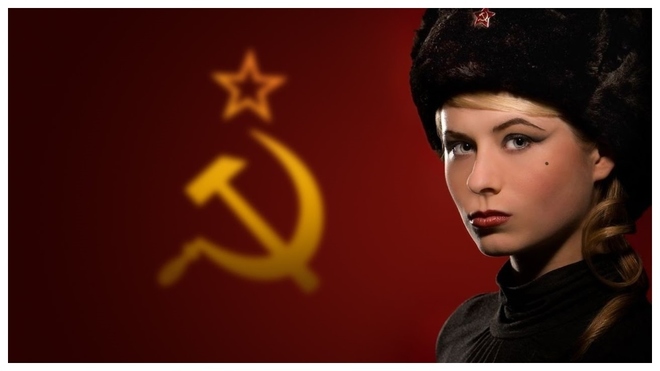 
La Athletes’ Commission of the Russian Olympic Committee (COR) proposed today to use the popular patriotic song ‘Katiusha’ as a substitute for the national anthem during the two-year sanction for doping.

“We have addressed the musical accompaniment for our athletes in the next two years. We have decided on ‘Katiusha’,” he told the press Velkaya sofa, head of the commission and Olympic fencing champion.

Velkaya noted that other more modern songs were also shuffled, but the largest number of votes went to the composition that all Russians relate to the Great Patriotic War, that is to say, the Soviet episode of the Second World War (1941-45).

‘Katiusha’ is a collective decision. It is a well-known song, the children like it and it is known internationally. “

Sofa Velkaya, Head of the Athletes’ Commission of the Russian Olympic Committee and Olympic Fencing Champion

“‘Katiusha’ is a collective decision. It is a well-known song, the children like it and it is known internationally,” he insisted.

Due to the two-year sanction confirmed at the end of 2020 by the Court of Arbitration for Sport, Russian athletes must compete without a shield, flag and anthem.

The handball team, which debuted against Belarus at the World Cup in Egypt, has been the first Russian team that has had to comply with this sanction.

The octogenarian singer Lev Leschenko, who participated in the closing ceremony of the Moscow Olympic Games (1980), supported the election and recalled that “it is not a military song”, as it was composed before the war in 1938.

The idea was not endorsed by several leading figures such as the legendary ice skating coach, Tatiana Tarsov, who called to reconsider ‘Katiusha’ as an anthem, since “It remembers the war”, not in vain that was the name chosen to denominate a rocket launcher.

And he proposed as variants two compositions of Glinka and Tchaikovsky, while pianist Dwe Matsev also leaned towards classics like this last one or Rajmninov.

For her part, the deputy and Olympic speed skating champion, Svetlana Zhrova, warned that the IOC is likely not to accept the song chosen by the athletes.

“If they took the anthem away from us, it means that they will not allow another melody to play that is associated with Russia. Also, they can accuse us that it is a military song and, in this way, Russia wants to prove something“, ready.

Zhrova thinks that “the Russian anthem better come out of the throats of the fans”, since “singing in the stands cannot be forbidden.”

‘katiusha’ (diminutive of Yekaterina), one of the best-known Russian melodies abroad, tells of a woman’s love for a man who serves in the Red Army.

During the war against nazis, ‘Katiusha’ became one of the symbols of the resistance against the Hitler invasion.

During the next two years Russian athletes will have to compete as neutral athletes in Olympic (Tokyo and Beijing) and World Games, but not in the qualifying events or in the Europeans, where they will be able to carry their flag and listen to their anthem.