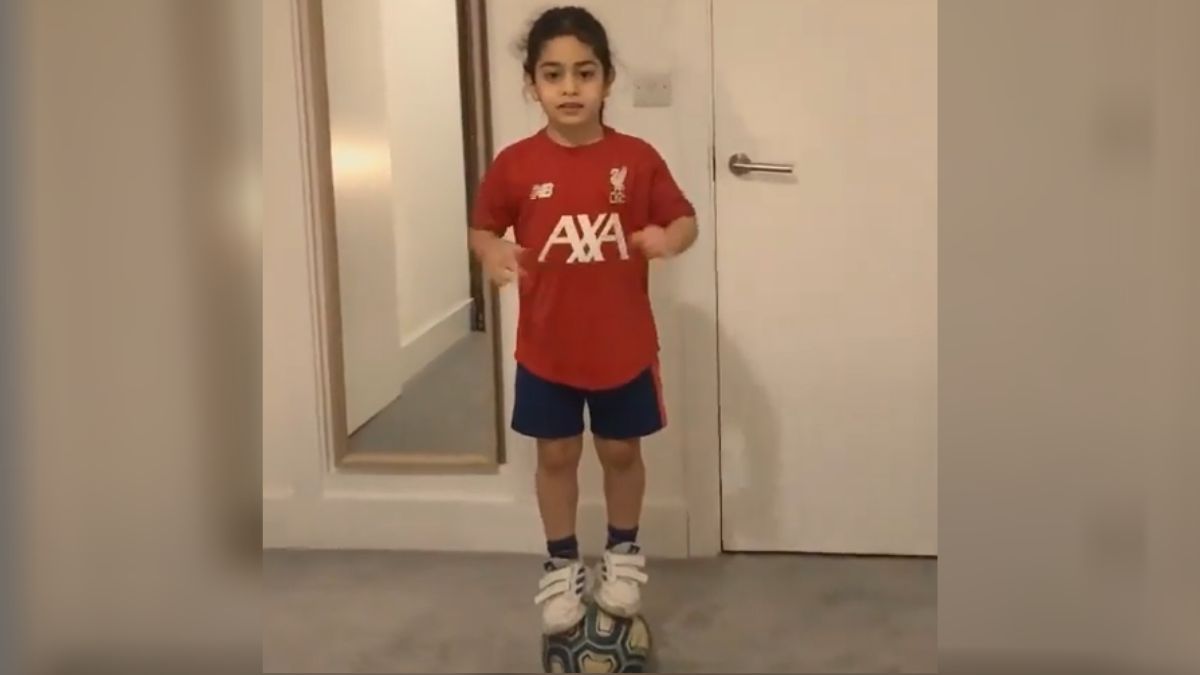 Arat, ‘the little Messi red’ that fascinates Leo himself


With the 17 of the Shawside Juniors on his back but the 10 of Liverpool in his pants, a kid dribbles more than three boys his age and the play ends in a goal. What for all would be the play of his life that he would narrate with more legend as the years progressed for Arat Hosseini is one more day. One more day with a million views on Instagram and more than 300,000 likes, but who is this child prodigy who amazes on networks?

Arat Hosseini is a seven-year-old boy born in Iran who moved to Liverpool a couple of years ago with a clear goal: to become the best player in the world.

At the moment, his plays already dazzle at a very early age to more than half the world through the networks. Nicknamed the ‘little Leo Messi’ and endorsed by the star himself (“I see a lot of class there, impressive!” He commented on his Instagram profile), Arat Hosseini is the most famous player in the Liverpool academy with four million followers on Instagram. More than the first team captain, Jordan Henderson, who lifted the Champions League in Madrid a couple of seasons ago.

His Instagram is full of highlights and comments from players and other personalities with Messi at the helm, with Barcelona sharing his videos or receiving recognition from Rio Ferdinand, Kimpembe, Patrick Kluivert, Novak Djokovic, Luis García or even the actor Will Smith. Goals in games of five against five, exercises of technique but also physical, that he exhibits without complexes and that is more similar to that of Cristiano Ronaldo, one of his idols, than to that of any of his party companions.

The account, managed by his father, Mohammad Hosseini, is a mass phenomenon and also an income generator, since in the biography of his account he adds one in which brands can write directly for advertising actions. Looking at the number of followers, the interactions it generates and the profiles it attracts, the profile is the least attractive to brands, although the amount that is entered is unknown, it is a profile, at least, exploitable.

His dream is the Camp Nou

Although he is in the Liverpool academy, Arat does not hurt clothes in recognizing that his great dream is not to listen to the You’ll never walk alone from the Anfield turf. His big dream is Barcelona, ​​the Camp Nou and following in the footsteps of nothing more and nothing less than Leo Messi. The Argentine who comments on Instagram and with whom they already compare him.

“Arat’s dream is to play in Barcelona and become the best footballer in the world. He dreams of winning the Ballon d’Or, Golden Boots and countless trophies. He works hard to achieve it and I, as a father, am sure what he will achieve, “his father wrote in his last day of last year.

With only seven years and as can be seen, Arat squeezes his childhood to achieve a dream: to be the next occupant of the 10 of the Camp Nou.