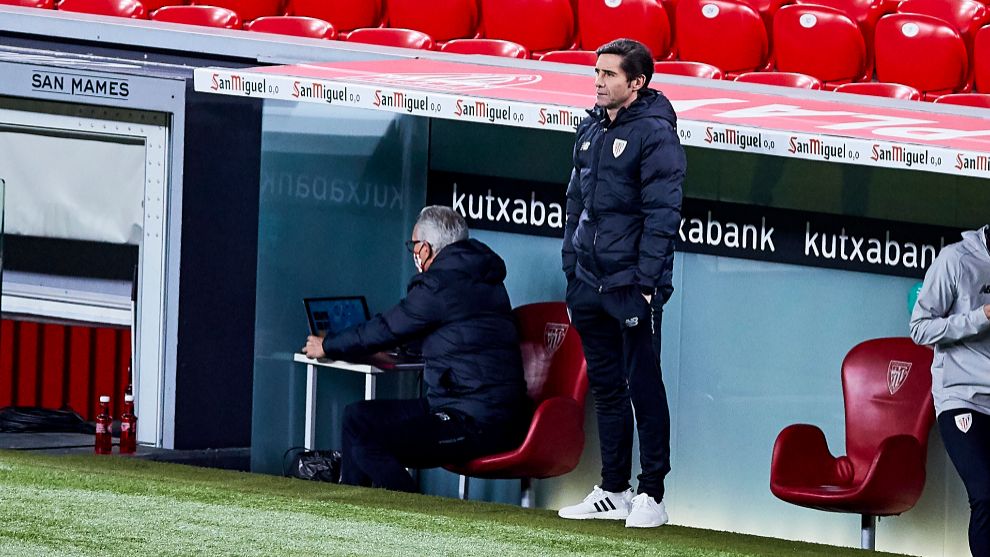 Spanish Super Cup: Marcelino: “We are two games away from winning the tournament!

Marcelino signed on January 4 as Athletic coach and 10 days later he is ready to get into the final of the Super Cup. The Asturian is living a special moment and does not hide that his plan is full of ambition. “We are two games away from winning the tournament. It is what we want, but the game is undoubtedly very difficult. The degree of illusion is maximum. Real Madrid is the favorite, but that in no case should take away from us the conviction that we can win. Achieving a title for these footballers that we have and making the fans behind them proud with this option and the one that we will have later is a great satisfaction. We have 90 minutes to go to the final and we want our fans to be proud of that. “

The Athletic coach, in the press conference offered when he arrived at La Rosaleda before training prior to the final, assured that “we always want to be ourselves, but at the same time we are clear who we are up against. The goal is always to win. We have to try to instill, develop and show a series of concepts, some similar to the previous work, and others that we want to add. We will be satisfied, first winning and then if we continuously do what we did in the first 20 minutes against Barcelona. We are very satisfied with what has been done these days with the team. It has been very good for us to be able to train because it is the best way to get to know the players“.

The rojiblanco coach referred to the contribution of Williams and he stressed that “with us he will play most of the games as a forward. We like fast, deep forwards and in him we have a great player with those characteristics. He can play on the wing at specific times, but not vice versa. The priority is that he plays at the top, he has an important performance and ….. I will say it by touching wood that he does not injure himself! We want to reach him and convince him that he is a very important player for Athleti and very influential in the team’s performance.“.

The precedents, Filomena and Sergio Ramos

Marcelino Real Madrid-Athletic de Liga has been reviewed in video. “Those first minutes – until Ral Garca was sent off – can serve as a reference, but they are different games. We are in a very short competition, but I am convinced that in various aspects of the game there will be similarities. We believe we know Real Madrid well already. At the same time we know that when the possibility of a title is played it has shown for years that it increases its competitive level. We will try to make us as few chances as possible and when we have the ball attack their goalkeeper because they overturn many players in attack and have high sides . If we have good judgment after recovery we can create danger. They will have to be disorganized. Sometimes if you make them run backwards you create problems“.

The new Athletic coach I did not overlook that this final is due to the work of the past course by Gaizka Garitano and footballers. The technician of that time and some of those footballers are no longer in the team. “When Athletic called us to be the technical body of this historic club, we knew what was happening. It is up to us to comment that the credit goes to the footballers and Gaizka Garitano, who are the ones who reached the Cup final. They are circumstances that occur in life, maybe it is not fair, but we are the ones who lead the team at this time. We always remember that there was a teammate with his coaching staff and other footballers who are not there and who are more protagonists than me and this coaching team, “he said.

Questioned by how to respond Real Madrid after their players due to the storm Filomena, they have been away from home since Friday, he pointed out that “each coach knows how his team works and the response to certain situations. Zidane will know which situation is more or less beneficial. Just like us They are two games away from winning a title and that is above any adverse situation they have experienced these days“.

Marcelino He also spoke of the renovation process of Sergio Ramos. He did not get involved in the decision that the club may make but he did speak about what the Real Madrid captain means in the structure of a team: “I don’t think there is a coach in the world who questions Sergio Ramos’ worth. There is his career, breaking records in the national team and in his club. “