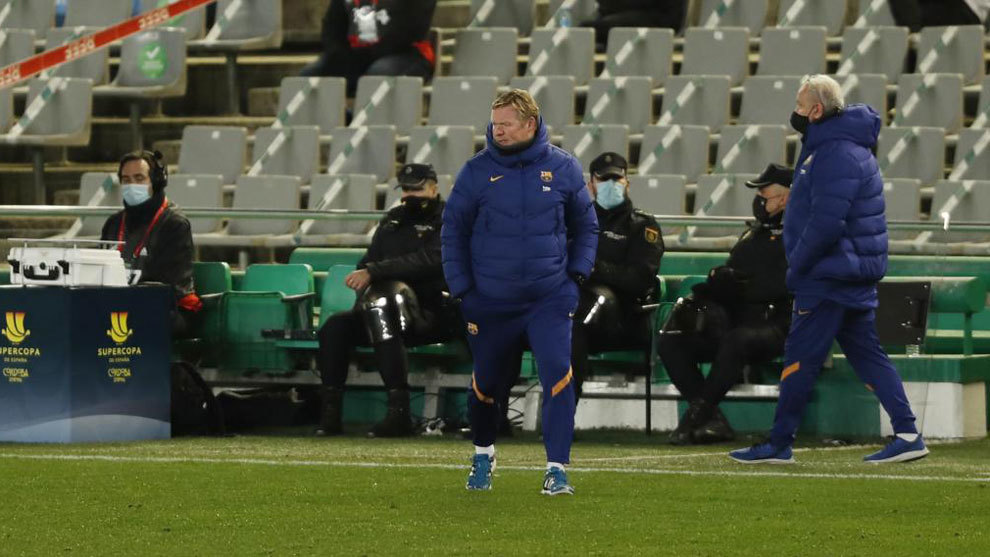 Spanish Super Cup: Koeman: “I don’t know if Messi will be able to play in the final”

Ronald Koeman will be able to fight on Sunday for his first title as coach of the Only. The Dutch technician congratulated himself on the performance of his team, which, after a start full of doubts, has been on an upward trajectory in recent times:

“It was a great game. We have both been with great intensity. There have been chances for everyone. We have played against a great opponent. Penalties then gave us the pass.”

“The substitutes have not warmed up because they were unhappy. It was because of the cold. It was difficult for us at the beginning due to the high pressure of Real. From minute 15 or 20 we have been well.”

“I have already said several times that a midfielder also has to arrive. He is on the right track.”

“I had four names written on my paper and I asked who wanted to throw the fifth and he asked for it. And he did very well.”

“It is true that for those who have not participated in a semifinal or in a game as intense as today, it is important. You get an important experience playing these games. Also with the penalty shootout. It is important to improve things and to win trust”.

“To win the penalties you have to have a great goalkeeper. Marc has saved the first three. Then Riqui had the personality to shoot the fifth.”

“I am very proud of this team. If you count all the casualties we have, it is important to have people behind who can meet. Real had their opportunities. We have been fair winners after penalties. With Messi we will have to wait to see if he can play “.

“I think that in a short time he is improving a lot, especially his calmness and his personality behind. Also with the ball. I think he is on a very good path. We have to work every day. He is young, like Mingueza. He is the future of the club. Yes they keep their feet on the ground, they are humble, it is important. It is a responsibility for a young man, but it is very good. “

“It was a very intense game. It was open and we have to recover. It is a trip, to return to Seville. I don’t care about the rival. We want to win.

“He is physically very well. He recovered well from his injury. There is a lot of physical wear and tear in 120 minutes. He gives us a lot for his depth, his one on one.”

“Sometimes it is a lottery because the players are worn out. You have to be calm and confident. The only message I have given to shooters is not to hesitate. Take a side and don’t hesitate.”