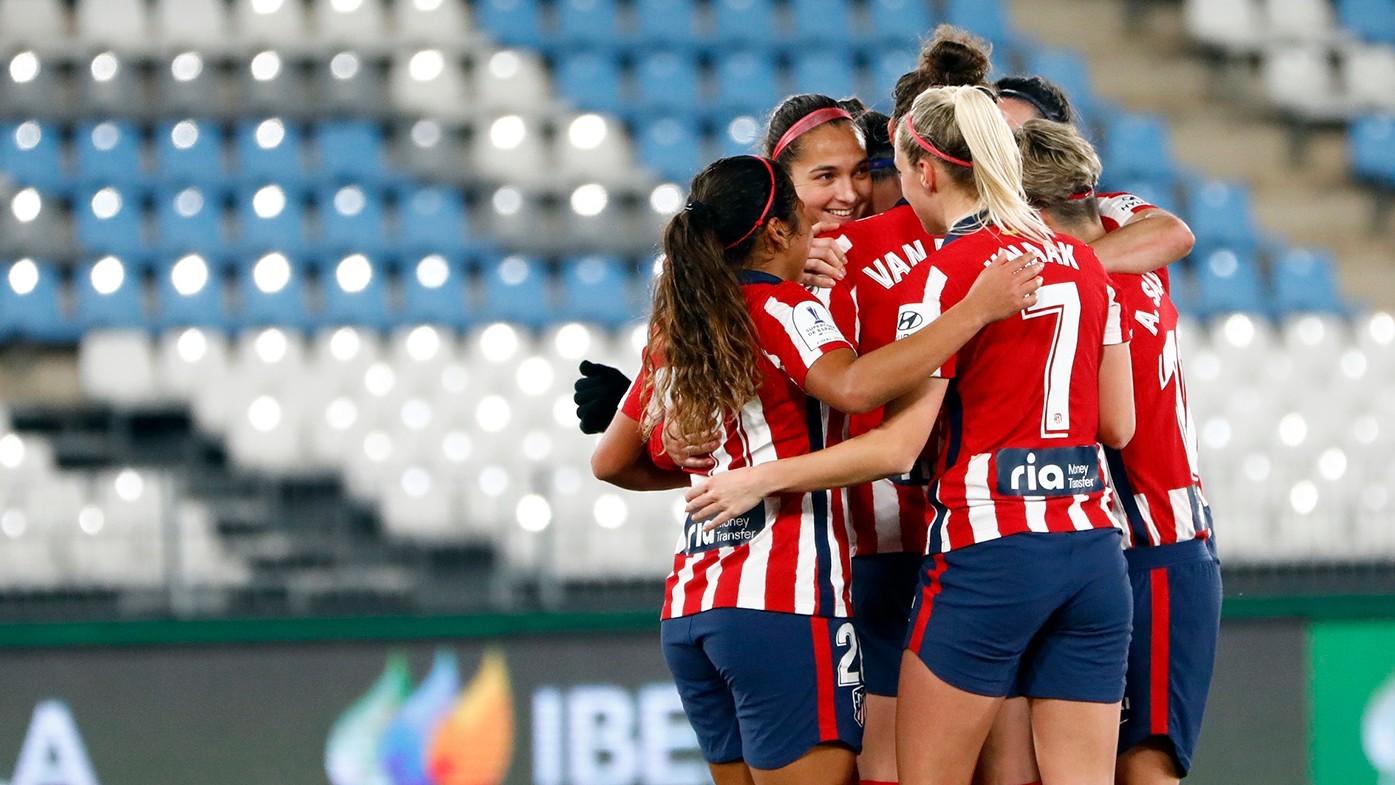 Atltico de Madrid qualified for the final of the Spanish Super Cup after beating Barcelona in the penalty shootout after regulation time ended with a tie (1-1) on the scoreboard. The team led by Jos Luis Sánchez Vera dethrones the champion and bid for the national crown next Saturday against Levante.

The Atltico de Madrid achieved something that nobody had achieved this season: leave Barcelona to zero at rest. He did it with a very defensive approach, leaving Ludmila da Silva as the islet in the opposite half and defending in his own with the lines very close. The first act was a Barça monologue (71% of possession) but without final laugh. Caroline Graham-Hansen tried it on the right side, where Merel van Dongen took the big drop chasing the hyperactive Norwegian. Also the omnipresent Mariona Caldentey, a player capable of reading the development of the game perfectly. The rest of the offensive part of the group which lacked that necessary spark to make the flame ignite. Hence the rest came with him double donuts in the bright.

In the second part, the arbitration conditioned everything. After eat a penalty by Silvia Meseguer on Alexia Putellas In the red-and-white area, Olatz Rivera pitted in the opposite area some hands from Andrea Pereira shot by Deyna Castellanos. Merel van Dongen took responsibility and succeeded in beating Sandra Paos. The Basque braid erred again shortly after when it did not see clear hands of Merel Van Dongen inside the area the center of Caroline Graham-Hansen.

The game was consumed thinking about the possible surprise. The technicians moved the benches in a diamatrically opposite way. Llus Corts put the entire offensive arsenal on the green while Jos Luis Sánchez Vera opted to take a step back with more defensive players. It was Alexia Putellas, with a wonderful execution of a free kick from the crescent of the area, who scored the equalizer in the last minute. of regulation time, giving a new life to Barcelona and forcing the extension of the game.

The extension was consumed without any alteration. Hedvig Lindahl and the central Madrid Atltico (Assatou Tounkara and Laia Aleixandri) dried up the blaugrana gunpowder and allowed the tie to be decided on penalties. In the eleven meters, there was a cast of prominence: goalkeepers, posts and Alia Guagni, who marked the ninth launch and sent Atltico de Madrid to the grand final.